Go back to the 80s, Pacman is back 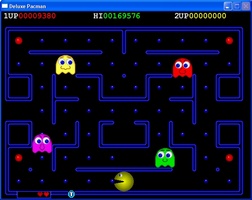 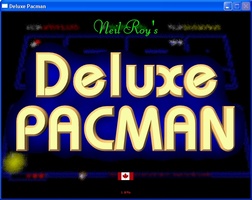 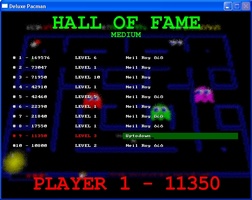 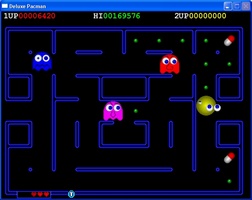 Advertisement
The classic game which was born in the early 80s is the one we offer you today, because it does not matter if PacMan is now more than 35 years old, it is as trendy as it was when it was first played in 1980.

Yes, PacMan is more than a game, it is a symbol, pacman is universally known, it was very successful during its first days because it was one of the first games that was not about spaceships and sports and maybe more important, because it is an unisex game, yes Pacman is played by men and women of all ages.

Now you can play PacMan in your new computer and keeping that old look of one of the most famous videogames in history and adding a few new features, for example, the big dots in the corner are now different in each level and the music is different. Have a look to the past and get addicted again, because when you play pacman, it's difficult to stop, very difficult. Come on, download Deluxe PacMan, Blinky, Pinky, Inky and Clyde are waiting for you, Mr. PacMan, don't let them eat you and eat all the dots in the maze.
Reviewed by Álvaro Toledo
Advertisement

Why is this app published on Uptodown?
(More information)

Reminding me the AMIGA days.

It seems to me a good game and without violence something that I occupied; More than everything for my children.

is a good classic game for children. and grim too who remember the old consoles ..

GTA
The first GTA of the succesful sage, now for free
Sonic and Knuckles
All the fun of this tiny hedgehog
LEGO Digital Designer
Construct your LEGO buildings in the computer
Sonic Robo Blast 2
New revision of this classic game
Mario Forever: Block Party
Funny platform game where we control Mario
Mortal Kombat Project
Reinventing a Classic of Martial Arts
Open Sonic
Open source remake of the classic of SEGA
Namco All Stars Pac-Man
Original version of Pac-Man ready for your PC